Every week there are dozens of new music products announced. The gear industry is moving faster than ever and there’s always exciting new equipment on the horizon. But keeping up with it all can be exhausting, especially if you don’t check in regularly. That’s why we’re bringing you the top highlights and most notable new releases every month.

Hot tip: Never want to miss the best new gear? Subscribe to the LANDR Newsletter for your monthly digest of top picks, right in your inbox.

October is coming to an end, but it was a big month for new gear! We saw several high profile releases from some of the biggest manufacturers in the industry.

Some of these developments came as a total surprise, while others were too juicy not to leak in the music tech press.

Whatever your style of music creation, there’s something on this list that’s bound to make onto your gear radar for the fall. 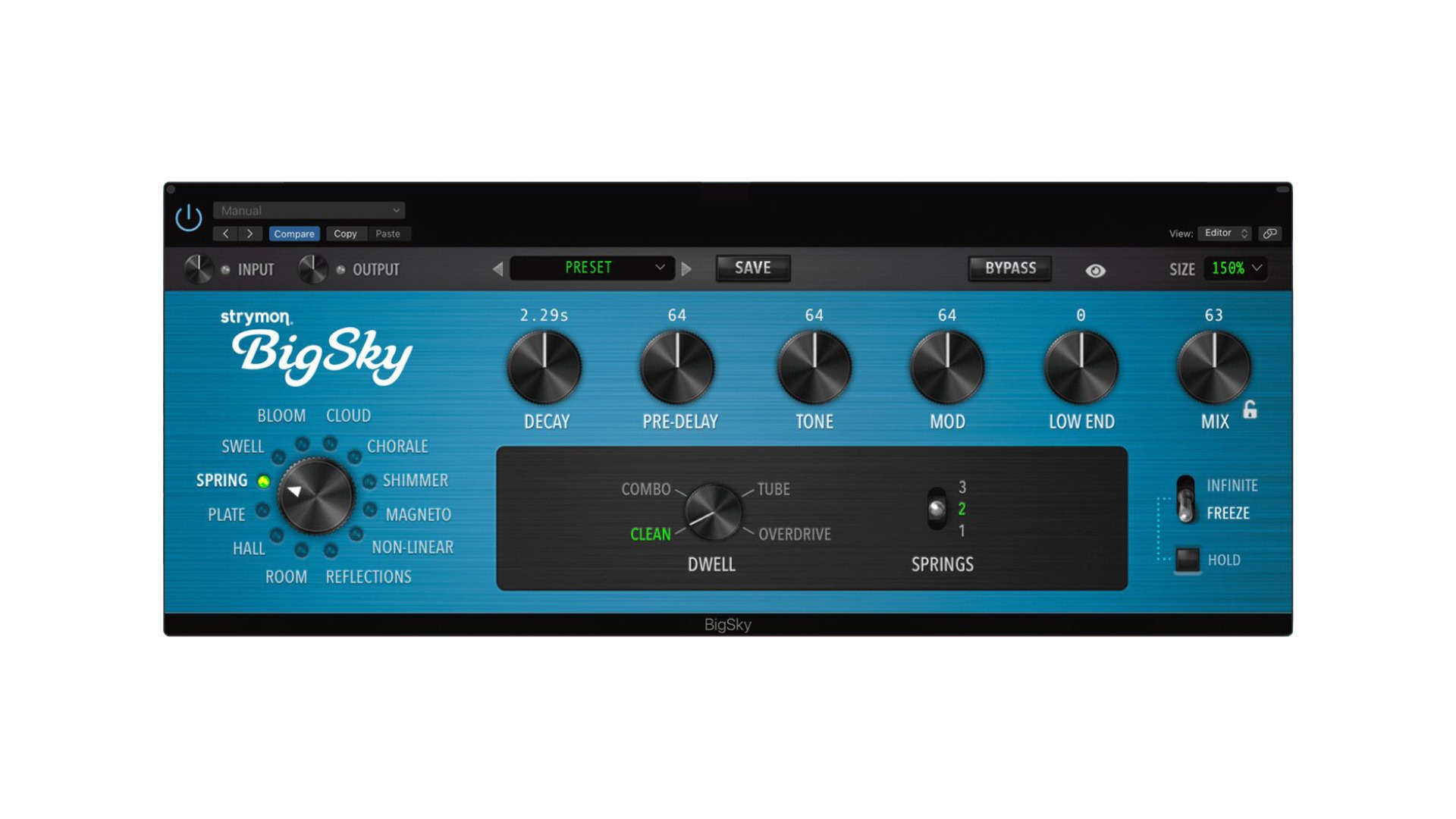 Strymon’s large format reverb pedal has been the king of creative hardware reverb for nearly a decade now.

Plenty of producers have adopted it as a key part of their workflow using reamping techniques to incorporate it into a DAW mix.

That’s why it was so shocking when the California company released the BigSky plugin in mid-October.

Promising to bring the exact reverb algorithms from the beloved pedal, the BigSky plugin has the makings of an instant hit among producers.

Promising to bring the exact reverb algorithms from the beloved pedal, the BigSky plugin has the makings of an instant hit among producers. 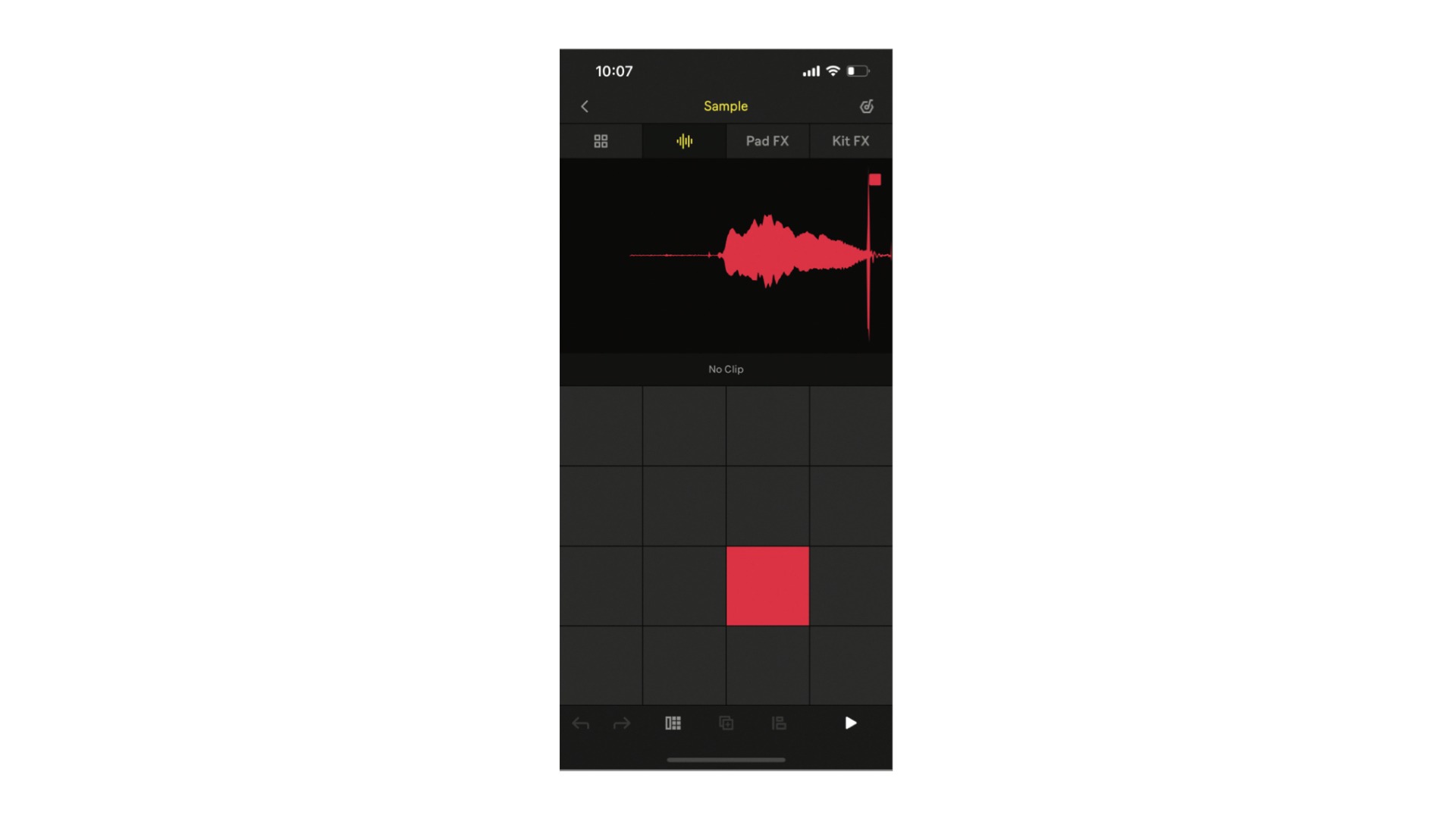 Another surprising and tantalizing release came this month from Ableton.

Live 11 is the DAW of choice for many modern electronic and hip-hop producers, but it’s been slow to adapt to the rising mobile production trend.

That’s all changed with Note, the new iOS app from the makers of Live.

Note promises flexible idea sketching with Push-style sequencing and even an onboard sampler.

It’s the perfect companion for Live, with seamless integration between studio and mobile workflows.

If you’ve ever felt a moment of inspiration slip away while you’re outside the studio, Note could be an option to consider. 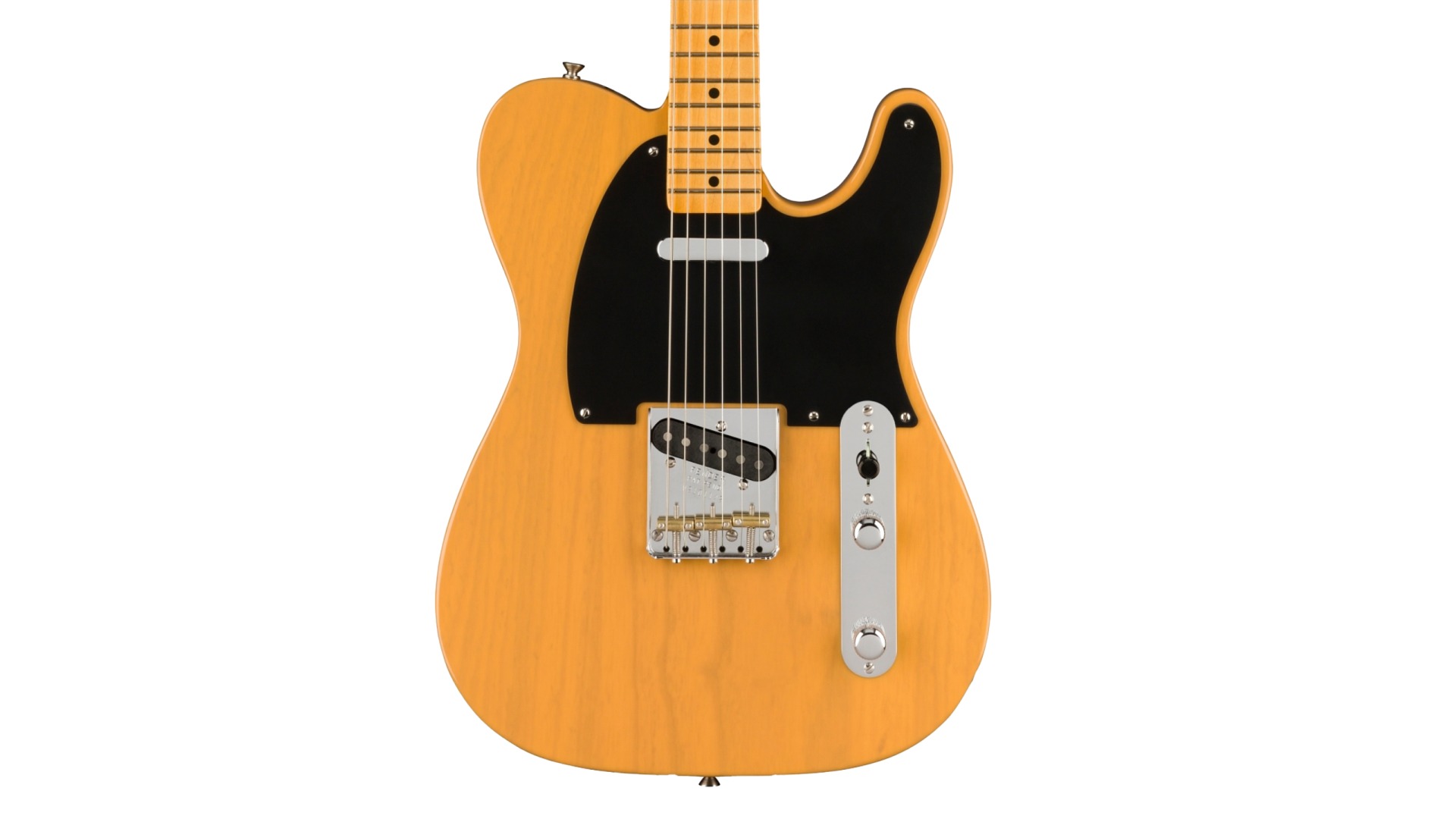 Fender’s latest approach to its guitar-building heritage continues with the American Vintage II series. Photos of the new line leaked earlier in October with details confirmed soon after.

With new iterations of its most classic instruments promising vintage correct specifications, many vintage guitar lovers are excited.

A number of classic eras are represented with selected favorites from the CBS and transition periods like the 1975 Telecaster Deluxe and the 1966 Jazzmaster.

Ableton Note promises flexible idea sketching with Push-style sequencing and even an onboard sampler. 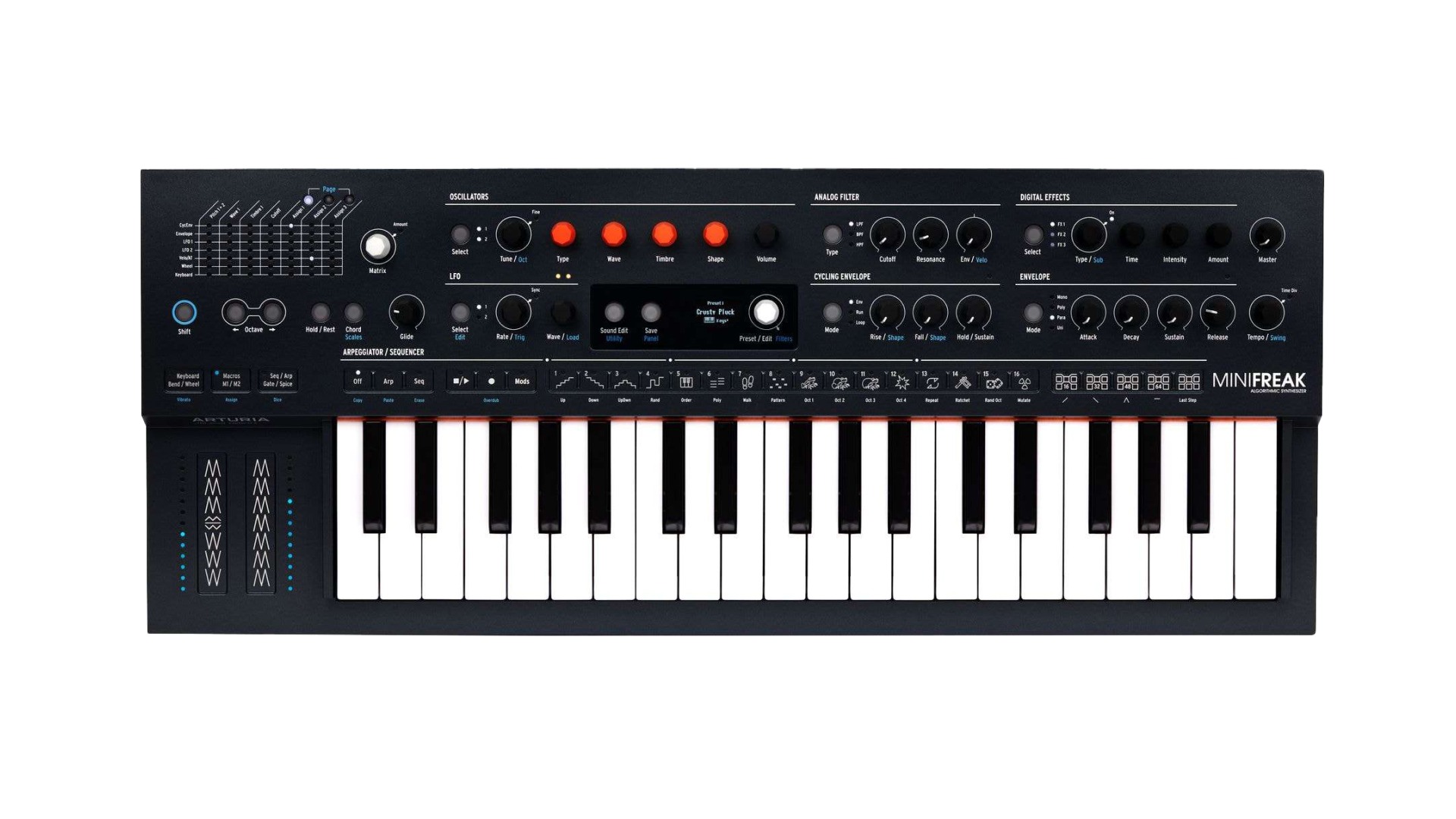 The 6-voice polyphonic instrument is capable of multiple synthesis types including wavetable, FM and even Karplus-Strong physical modeling! 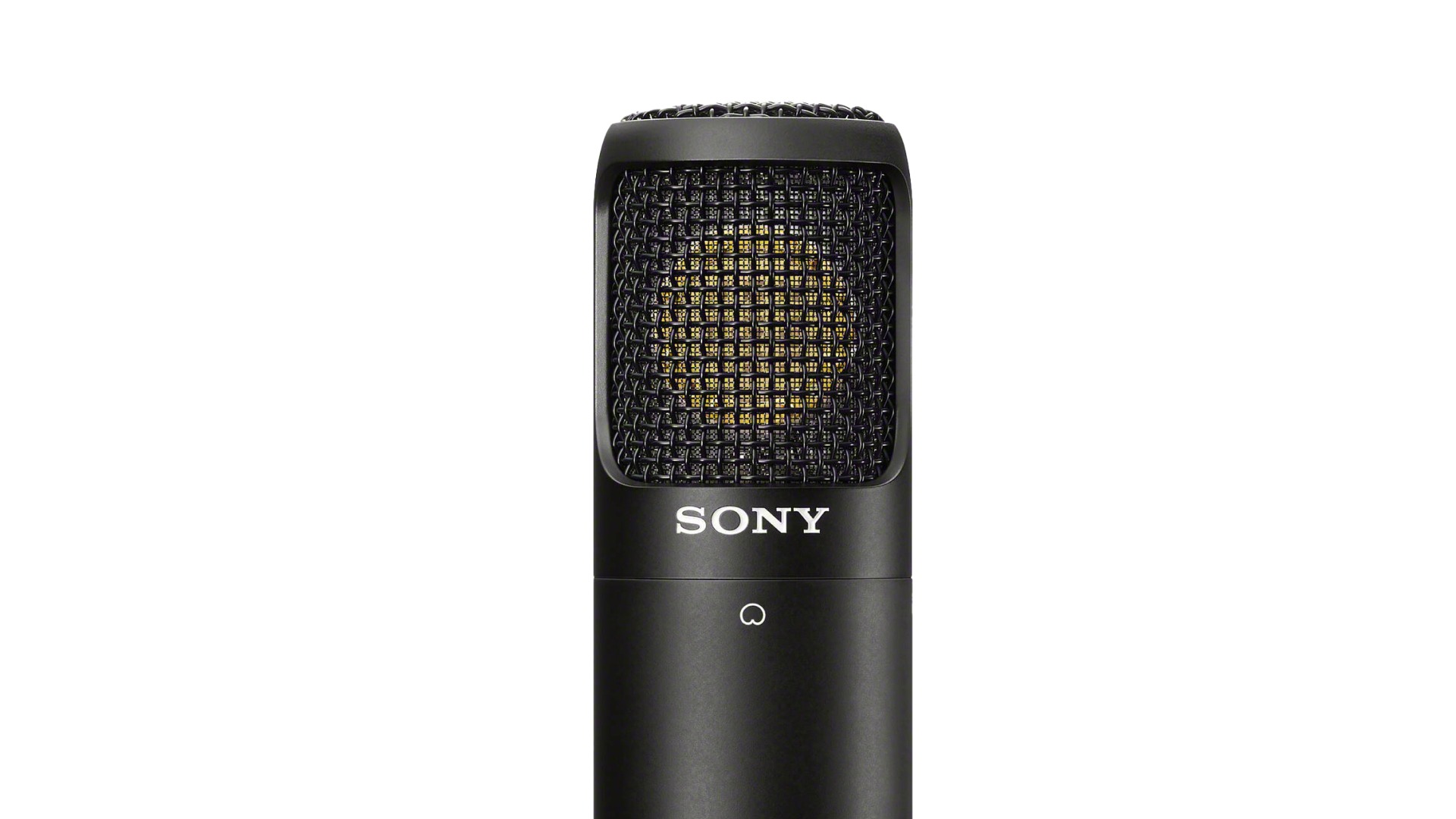 But the Japanese electronics giant has produced a number of notable production pieces, including the C-800G microphone.

The C-800G is one of the pricier non-vintage microphones on the market today, with new units coming in at just under $11K.

Famous for its smooth yet airy sound capable of rendering soaring vocal performances without any sign of harshness, the C800G is a highlight in many pro mic lockers around the world.

If you’re looking to capture some of its legendary sound on a budget, the new Sony C-80 is worth a look.

Promising to bring the same design lineage of the C800G in a more affordable package, the C-80 could be the missing link for emerging producers.

Every musician knows that great gear can be a source of inspiration.

Whether you’re looking to expand your toolset or level up your core sound, check back with LANDR to get the best updates on music equipment releases that matter.

Published on 25th October 2022 in Community

Grammy-nominated electronic superstars Odesza have created one of the most hotly anticipated records of this sizzling summer with their new album, The Last Goodbye. ...

Glastonbury 2019 by the numbers

Our Friend John Bowness from Festival Flyer has done the number crunching and the stats behind the sheer quantity of entertainment available at Glastonbury Festival 2019 are simply staggering. Having pulled apart the published running times and put them back together again we can tell you that if...

The average musician spends more time marketing than making music. We’re told thanks to streaming platforms such as Spotify the music industry is experiencing a revival. So, musicians industry-wide must be getting rich – right? Well someone’s getting rich, but chances are if you’re a musicia...

Experimental Finland-Based Project Kierobeat Collaborate With Jopo On “Free From Feelings” Hailing from Finland, Kierobeat is an eclectic melding of musicians that flawlessly bend the rules of hip-hop, EDM and any genre they feel like. They unapologetically create vast soundscapes for their list...

Get out there and play!

There is a lot to be said about playing live music to an audience. I find that after 2-3 hours fronting a band, I am physically and mentally shattered. Not to say I have not enjoyed the gig, but your average person does not realize how tiring it can be. Playing an instrument, in my......

Go To Hear – ‘fair play for music’ around the world. Watch Josh’s video below. Go To Hear – an exciting new crowd-driven music platform that will deliver an entire music ecosystem with the power to change the music industry for the better, forever. At Go To Hear we aim to del...

The strategy of creating music inspired by a particular concept is increasingly becoming difficult to market. Does this mean the death of the music Album? Not necessarily. Through innovative music marketing, concept albums will continue to make an impact on listeners. Thus, each song of the alb...

Dizzy O’Brian began as a classically trained musician at the Peabody Conservatory in Baltimore. All through his earlier days (before music school) he was pretty much a stalwart classical musician and listener. When he got to the conservatory, however, and confronted the absolute tradition that...

They say the best songs come from the heart… and I agree. In my opinion, my personal favorite songs of mine were written during times of emotion or stress and are usually written in a relatively short time. Its for this reason that I always try to keep my trusty note book nearby. For example,....

hello everyone I'm new here. happy to be in this place. my name is mohamad ichlas leader of #cilayensemble from #indonesia. I make music based on ethnic Indonesian music with a touch of industrial vibes. Ethnic music is a "cultural heritage" that must be able to live in dialogue with the present and...