Written by maseratiyada in Community

Reginald was born and raised in Norfolk, Virginia. His parents were hard working and he spent a lot of time with them and his siblings. Reginald also loved spending time with his older cousin who introduced him to rap music. In spending time with him, he began listening more and more to rap music, then that became all that he wanted to listen too. A few of his favorite rappers were Big Daddy Kane, Gang-Starr, Run DMC and Wu-Tang Clan. As Reginald became older, he began rapping but also started hanging with the wrong crowd and became caught up in the hustle game. As a troubled youth, he moved to California in 1995 with his aunt to try to get his life back on track.

He and his aunt became really close and she is the person who gave him the nickname “Half Pint”. She was aware of his talents and introduced him to Doug Rasheed with Mad Castle Productions. Doug has worked with many other artists, like Montell Jordan, Brandy, and Ray J. He saw the potential in him and began working with him on some of his own music. His aunt would not allow him to sign until after he graduated from high school. After being in California for 3 years, he became home sick and moved back to Virginia. He returned to Virginia in 1998 and slowly returned to the same hustling lifestyle. H.A.L.F saw that problems came faster than the monetary success. That is when his career came to a stop due to some legal troubles, which really made him re-think his lifestyle.

In 2016, he focused on his music and going to the studio to record. He then recorded 10 songs, which included: “I Am H.A.L.F” and “The Passion of H.A.L.F – Chapter 1”. They were accompanied by two YouTube videos. Recently, H.A.L.F recorded three new singles that demonstrate his range and versatility. He feels that making music is his gift and he is ready to share it with the world. Half says, “You can’t make millions off of hustling. But if I dedicate to my craft with music, I can obtain the true success”. He wants to give listeners his testimony through his passion and lyrics. To stay updated with the latest news and music from Half-Pint VA just #Follow the Links Below! 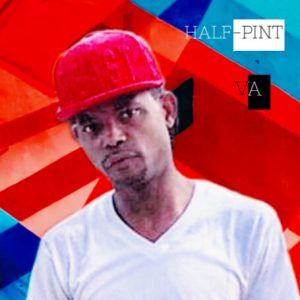 Published on 28th June 2021 in Community

The World has Changed – Video by Wayne Atkinson

An introduction to Go To Hear – a video by Wayne Atkinson. About Go To Hear. Go To Hear is an exciting new crowd-driven music platform. They’re creating an entire music ecosystem with the power to change the music industry for the better, forever. The main philosophy is to support music...

Why does walking the path of self-promotion have to be so hard?

It’s enough of a challenge making great music without learning music promotion skills too! For musicians, it’s hard-work writing music and performing, but that’s just the start – today you need to be a musician and promoter all rolled into one. When making music your career, promotion is as...

Who is an artist manager? An artist manager is the professional representative and advisor for a musician or band. Managers help build an artist’s career and get their client’s music in the hands of producers and label executives, as well as negotiating contracts and setting up tours. Behind ev...

Björn Ulvaeus has confirmed that 2021 will see new music from ABBA. READ MORE: ABBA are the best band in the world – no contest It will be the first time the Swedish group have released new music in 40 years. The last album the group released was ‘The Visitors’ in 19...

The Perfect Music Business — What Does It Look Like?

Lets start by outlining the Label model and then look at the things that are wrong with it. Ok, a label signs a singer songwriter artist, gives them a contract which has been careful worded to protect the label and ensure that the label doesn’t lose, the label then encourages (aka forces them) to ...

#Boycottspotify ? YES! But please do it for the right reasons.