Written by itsmeandre in Community

Born and raised in St John The Baptist Parish, a small parish in Louisiana, Its Me Andre like many others lived in poverty. At 10 years old, It’s Me Andre fell in love with the art of music. He began experimenting with creating music after discovering how others were using music to not only self-express but change their living situation.

A Picture Of Where Its Me Andre Home Land Is Located In Louisiana. 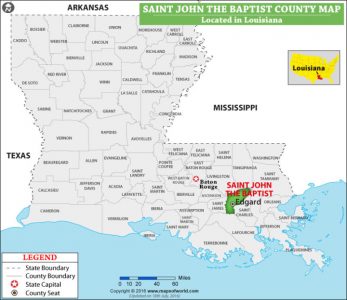 At the age of 14, Its Me Andre began doing local shows while in a rap group called Fully Automatic. Its Me Andre was always the hook creator for everything because of his unique voice. While creating hooks daily, Its Me Andre developed his craft to become universal to any musical sound.

At the age of 15, Its Me Andre had his first major deal presented to him from Universal Music Group but didn’t sign due to not being able to get paid for the instrumentals he was producing. In 2005, when Hurricane Katrina hit Louisiana, Its Me Andre and his group parted ways.

At the age of 17, Its Me Andre began focusing on being a solo artist.

Beginning to struggle to find his musical voice, his voice began to change to be deeper than usual as he grew older. Its Me Andre decided to stop making beats and focus more on writing music. At 22 years old, he gained up to 50k followers between his Twitter and Instagram accounts and signed his first contract with an independent label. After signing, Its Me Andre career came to a stop due to label issues. Unable to release anything for an entire year, Its Me Andre lost a lot of his followers.

After his contract was voided, Its Me Andre decided to take matters into his own hands. Its Me Andre formed his independent label called Platinum Records LLC.

He also deleted and reopen his social accounts with the intent to start fresh from zero followers to rebuild organically. Its Me Andre released several singles, music videos, and two mixtapes to rebuild what he lost. 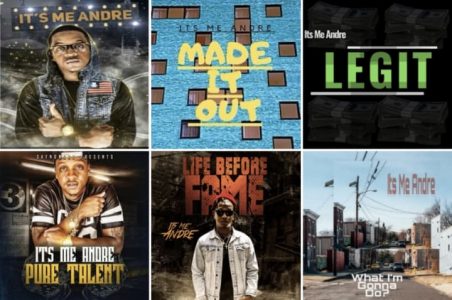 Lacking help on the marketing side of the business, Its Me Andre failed to gain global traction with his releases.

A lot of music promotion scams on the internet and falling victim to a few himself resulted in losing thousands. Its Me Andre decided to buy into online marketing courses to educate himself with the proper knowledge needed to further his career. Its Me Andre has been featured on several music blogs including HipHopWeekly, GetYourBuzzUp, CertifiedBootleg, UndergroundHipHopBlog & HoodCriticMagazine. He gained over 1 million streams independently and became a verified artist on Genius through the last couple of years.

In the year 2021, Its Me Andre plans to accomplish his dream of becoming a global music star. He is set to release several releases monthly starting the first Friday of 2021 until an unknown end date. He plans to be consistent and creative proving that he deserves a spot at the table. With the new knowledge of marketing and promoting, Its Me Andre is planning to use his new information to expose his music to the masses globally. Aiming to reach #1 on the Billboard Hot 100 chart, Its Me Andre will release several of his most catchy songs with the intent to elevate him to new levels and landing a couple of number one spots.

Published on 23rd September 2021 in Community

Born and raised in St John The Baptist Parish, a small parish in Louisiana, Its Me Andre like many others lived in poverty. At 10 years old, It’s Me Andre fell in love with the art of music. He began experimenting with creating music after discovering how others were using music to not only self-e...

Experimental Finland-Based Project Kierobeat Collaborate With Jopo On “Free From Feelings” Hailing from Finland, Kierobeat is an eclectic melding of musicians that flawlessly bend the rules of hip-hop, EDM and any genre they feel like. They unapologetically create vast soundscapes for their list...

“None-Too-Great Hits” is a collection of fourteen songs composed in the decade from around 1971 to around 1983. During that period I was discharged from military service, re-enrolled at my old alma mater in a second-BA program, and in 1973 headed off to Japan for ostensibly one-year of s...

The religious upbringing that I had in my childhood has always stayed with me for the tales and lessons that have managed to show themselves in mysterious ways even though I, myself, have changed dramatically from what I was 20 years ago. It is fate then that would have itself reveal its presence in...

We want to promote new up and coming artists and have affiliated with Go To Hear to be able to do that! The way we want to do that right now is by interviewing artists so new fans can learn more about them and follow them to hear their music.  This is our interview with......

Go To Hear promised to make sharing music easy, fair and profitable, and true to their word, that’s exactly what they’ve done. Not only will you be able to share content on Go To Hear at the click of a button, they’ve made it so content creators/artists can’t be cut out of the income equatio...

5 THINGS TO PREPARE BEFORE MARKETING YOUR NEW MUSIC

5 THINGS TO PREPARE BEFORE MARKETING YOUR NEW MUSIC Written by: Pete Callaghan Co-Founder & CEO of Promoly – one of Go To Hear’s Members   Just like consumer brands, your music career also requires sound marketing strategies to succeed. You need to get people to listen to your songs...

Call it a “him” or “her”, my fantasy or reality; still, I would always be drawn to her love since my childhood. Her arms are wide open to always receive and express all my kinds of emotions and thoughts! Thoughts I have fashioned into music. This is the way I have felt about ...

With the right platform, you CAN strengthen your artist/fan connection! Thanks to digitalisation, a lot has changed in the music industry over the last decade. One of the most notable changes has been the rise of streaming platforms that enable users to access millions of tracks. Today you can lis...