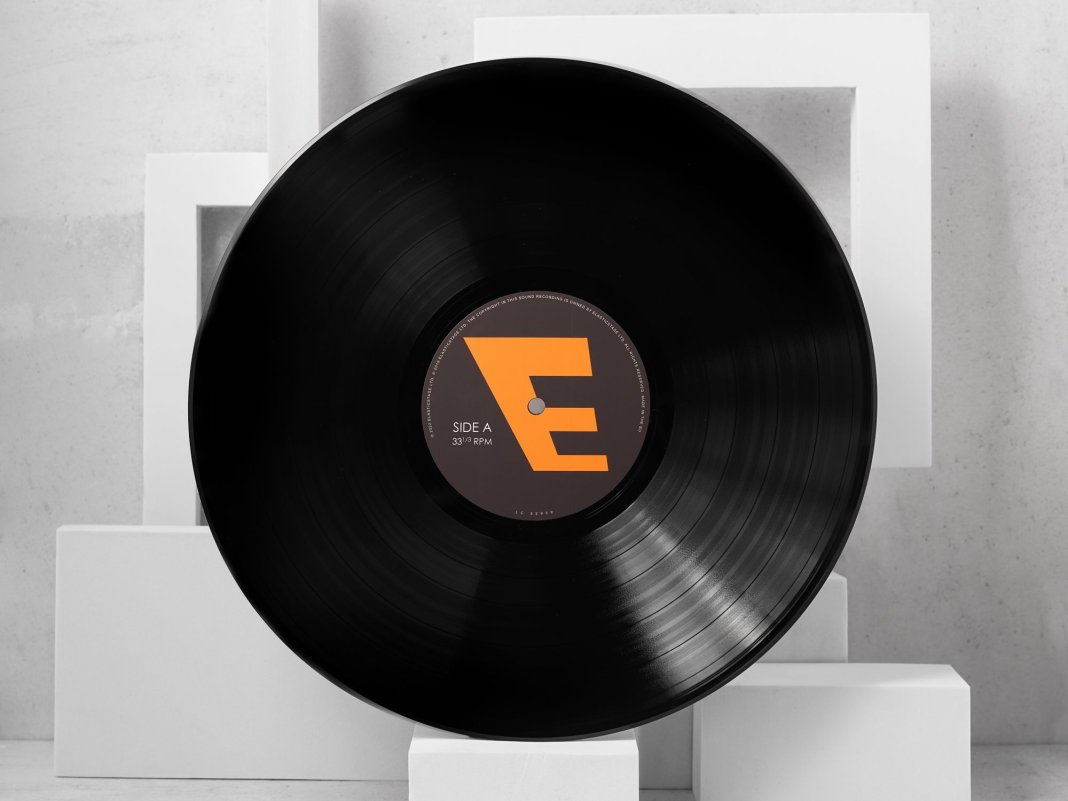 British tech startup elasticStage is here to shake up the music industry with a revolutionary vinyl manufacturing process that’s said to be sustainable, ethical, and much, much quicker.

Billed as “the world’s first on-demand vinyl manufacturer”, elasticStage claims that its new “patent-pending” method requires less energy, and does away completely with the use of PVC and harmful chemicals. Shifting away from the “old-fashioned way” of pressing vinyl, “each manufactured record is a first-generation recording,” says elasticStage.

Fully packaged vinyl products can be dispatched immediately from the point of creation and in large volumes, which drastically cuts down lead times, allowing for consumer demand to be met instantly. And since the minimum order is just one, artists don’t have to worry about unsold records piling up in thrift stores and bargain bins.

More importantly, artists can essentially sell vinyl on the “same day” their tracks are released onto the elasticStage web-platform, which will help boost revenues, as well as bolster chart positions based on physical sales.

Epworth has praised the technology, saying that the sound offers a “significant upgrade from the established 50-year-old manufacturing process.”

“There is sharper definition in all frequency ranges without losing any of the vinyl character,” he continued. “Largely indistinguishable from the original master in blind tests, on a sonic level it brings the vinyl process into the 21st century… it represents an overhaul to the way vinyl will now be created.”

The startup plans to launch its first London-based production and fulfilment centre later this year, during which selected artists, labels and DSPs will be offered the chance to join a trial run. Pricing for the vinyl will be competitive, with zero up-front cost, says the firm.

Steve Rhodes, CEO and co-founder of elasticStage, also teased that “We are already in talks with a major DSP for integrating our tech and we can’t wait to help the industry in meeting commercial demand for vinyl at speed.”

elasticStage’s entry into the vinyl game should prove to be a welcome relief for an industry that has long struggled to keep up with skyrocketing demand for vinyl records.

The vinyl revival in recent years combined with a global shortage of production materials has led to considerably lengthened lead times, with even Adele admitting that she had to get her records to vinyl printing presses six months in advance due to existing delays.

The singer also faced criticism from indie record stores and artists over the 500,000 vinyls of her album 30 that have been pressed, with one record store announcing their intention to boycott Adele to support indie artists who are struggling to get their music onto vinyl.

Published on 17th August 2022 in Community

Glastonbury 2019 by the numbers

Our Friend John Bowness from Festival Flyer has done the number crunching and the stats behind the sheer quantity of entertainment available at Glastonbury Festival 2019 are simply staggering. Having pulled apart the published running times and put them back together again we can tell you that if...

This is a re-post of something I posted a few years ago as I think that it is time to comment and revise this original article — my comments are marked below by >>>> The long tail is famously good news for two classes of people; a few lucky aggregators, such as Amazon and Netflix,....

Ali Hugo’s third single from his Afrodisiac EP is charting new territory once again. Hugo is no stranger to experimenting with different genres of music, with this new song titled “ Bora Ninywe Sumu” or “The Poison Song” being a first of its kind in the genre of Swahili opera. The song was...

Promoting your music starts with a great bio.

Writing an artist or band biography is crucial to promotion. After writing, recording and releasing your music – the next step is to develop an effective music promotion strategy. This should begin with the creation of an epic bio – but knowing how to write about yourself and what to include c...

Earn GTHC crypto right now – it’s easy – get in early!!! All you have to do to start earning GTHC coins right now is: Create a free account on this platform, sign in and fill out your profile. You will earn crypto just for doing that. But if you want to earn even more......

Has Music Been Devalued — Of Course No Question About It….

Starving artists have been affected by more than just piracy and streaming royalties in their many complaints about the trajectory of music business in the digital age, songwriters and musicians regularly assert that music has been “devalued” or worse it have become a “commodity.” Over the y...

Applying to play at a festival. Before you apply carefully check out festival websites and look at previous line-ups. If you don’t think your music would suit it, then don’t apply. It’s great if a festival offers you a slot, but that’s useless if you can’t get there to play it. Consider yo...

Born and raised in St John The Baptist Parish, a small parish in Louisiana, Its Me Andre like many others lived in poverty. At 10 years old, It’s Me Andre fell in love with the art of music. He began experimenting with creating music after discovering how others were using music to not only self-e...

Thoughts on the new single, “Pray”

The opening riff came to me during my walks around Sherwood Forest Faire and it sounded like a Collective Soul-type riff combined with a goth rock edge. After listening to the final version, I can’t help but also notice some similarities to a band called Saxon Moon. It is a song about a warrio...

We have a new dancehall/party track dropping next month…this new track features SkinnyBoy, Diamonic and Gahby-Yo….stay tuned✌🏼🔥🇳🇬 Meanwhile check other tracks on our profile, including our latest release featuring Zambian artists Chris Kellah and Secret Macs, titled I like...

IS SINGER-SONGWRITER A GENRE?

Is SINGER-SONGWRITER really a genre of music.Just as “who feels it,knows it”, I will say,who created it,knows it.It was on May 11,2012 when an artist by the frankie(n),which is myself, logged on to a platform and that is when and how the genre of music came about when I was filling out m...

Everyone is rewarded when they use Go To Hear. Go To Hear promises to be a music platform with a difference. The founders have cherry-picked the best bits from a wide range of online platforms and offline models, added many new features and created a whole new music model. They have created a new co...

This Week In Music

The latest music news you need to know about......

R.Black
Your affiliate link has been copied to your clipboard - Not available in this demo